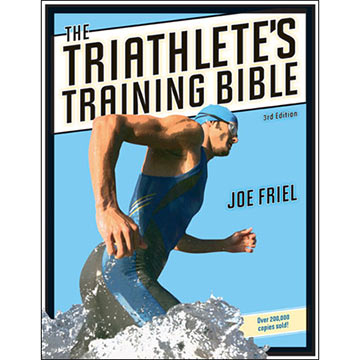 MULTISPORT IS BOTH amazingly simple and incredibly complex. Its simplicity is apparent to anyone who has ever enjoyed swimming, riding a bike, or running. All are easily accomplished by children, and it often takes only a little practice for people of all ages to advance to higher levels. Finishing a short-course triathlon or duathlon is achievable by almost anyone who dabbles in the sport. Multisport’s complexity becomes apparent as soon as the novice decides to improve performance. Questions immediately arise, such as, Should I do all three sports each day? How long should I work out? Why am I tired all the time? What should I eat?

The experienced multisport competitor also has questions, but these are born of a higher level of understanding of the intricacies of the sport. Seasoned athletes ask, How can I predict a fitness peak? What’s the best way to blend workouts for maximum fitness gains without overtraining? Is there a way to speed recovery so I can train hard more frequently? In fact, it appears that the more experienced the athlete, the more complex the training issues become.

While it’s the purpose of this book to answer such questions, understand that there is not one and only one answer for each. Because of individual differences, there are as many ways to train for multisport as there are triathletes and duathletes. Yet there is much that athletes—regardless of experience, age, gender, and natural ability—have in common. All rely on the same fuel sources, all have the same number of bones and muscles that are put together in the same manner, and all have nervous systems that operate in the same way.

Multisport training is much like putting a jigsaw puzzle together. To the novice in either endeavor, the many pieces of the puzzle can be overwhelming. What comes first? It’s like the old saying “you can’t see the forest for the trees.” If the details of jigsaw-puzzle solving, just like multisport training, get in the way of seeing the big picture, wasted effort and time are a certainty. It will take far longer to get to the end result of a completed puzzle, and there is a great possibility that you’ll give up early in the process.

The way to solve any puzzle is to have a system, which is nothing more than a set of  guidelines to get you organized. An elaborate or complex system isn’t needed; a simple one will work just as well. The less time you have available to put the puzzle together, the more critical the system becomes. For the puzzle, you could start with these guidelines to simplify the task and make efficient use of time:
• Spread the pieces out on the table so all are seen.
• Put pieces of similar colors together in groups.
• Start by putting the edge pieces together.
• Work only one section at a time.
• Position completed sections relative to the finished product.
• Try to connect the finished sections.
• Protect the finished sections so they aren’t broken up by the wind or the family cat.

The most important aspect of a jigsaw-puzzle system is to keep the picture of the finished puzzle on the box lid where it is visible. You have to know what the finished product is supposed to look like. Without the picture in front of you, the task would be an immense one; it would take far longer to complete the puzzle and you would continually have doubts about your progress.

Anyone who has ever worked on a complex jigsaw puzzle knows that it takes a long time. Working straight through to completion could be an all-night ordeal, and if you decided to tackle it that way, puzzle burnout would be likely. By the time you finished putting the puzzle together, you wouldn’t want to see it again or even think about doing another one for a long, long time. To prevent burnout, you would need to take longer than a night to do the puzzle, and you would need to take frequent breaks. While most of the breaks would be short, it would be best if some of them were quite long. That way, every time you came back to the puzzle, you would start with renewed enthusiasm and heightened creativity.

Suppose researchers in fact did a study and found that people who took breaks became better at putting together jigsaw puzzles than people who stayed up all night long doing them. Such a study would add some science to the puzzle-solving project. Here, science is really nothing more than methodically determining a way of acting that works. Without a methodology, the task of putting a puzzle together—or training for multisport—is a random activity based largely on luck.

So that’s the science, but where does the art of a training system come in? Art is the aspect of training in which you learn to better understand yourself as an individual. To use the puzzle analogy one last time: Art, or the ability to make creative decisions based on intuition and experience, plays a role because:
• Not everyone’s puzzle is the same—some have big puzzles, and others have small ones;
• Certain areas of the picture are fuzzy;
• Some pieces of the puzzle are more important than others;
• Pieces may get lost or broken along the way and need to be replaced;
• Some people have precious little time to work on their puzzles;
• The part of the puzzle you are working on at any given time is part of a bigger picture that also needs solving;
• Others may tell you what a bad job of puzzle solving you are doing;
• The puzzle may not be coming along as well as you had hoped, as it is taking longer to solve than you anticipated;
• Some sections of the puzzle can seem monotonous and frustrating.

This book will help you devise a personal training system employing both science and art. The science part is easy to describe; the art of training can be described, but it is learned only by doing. The system you devise will differ from those of your training partners. It won’t duplicate the system used by the pro athlete you most admire. It will work only for you. For any system to work you must have confidence in it, derived from understanding the “whys” and “hows.” But you must also remain open-minded, as no system is foolproof, and no one has all the answers.

Paperback. 2-color interior with charts, tables, and illustrations throughout.